In 2009 a candy brand launched a campaign that would scare marketers off from using Twitter for years.

Skittles decided to tap into the growing popularity of Twitter and engage their youth audience with an idea that probably seemed brilliant on a whiteboard. They replaced their usual brand homepage with an automated stream of Tweets from anyone who mentioned their brand name. It was unfiltered, bold, risky …

and a huge failure. Predictably, their page was overtaken by social media pranksters who found it funny to release streams of cuss words, brand jokes and generally immature declarations.

It was an embarrassment for the brand, a perfect negative case study for predatory social media gurus and a scary enough backfired campaign that it impacted how all brands looked at the value of Twitter as a marketing channel for a long time. Then Kim Kardashian came along.

Well … to be fair, it wasn’t just Kim. Celebrity after celebrity started flocking to Twitter as an online hotspot to share their 140-character musings with the masses. It was the perfect vehicle to help connect people with little to say with people who had little to do. A marriage built for the web. And these masses were growing exponentially. Ashton Kutcher had a highly publicized showdown with CNN to become the first to reach 1 million followers. Celebrities started charging thousands per Sponsored Tweet, and even factoring Twitter into their spokesperson contracts.

For brand marketing teams, Twitter was officially impossible to ignore.

As the platform emerged, several interesting user behaviours of it started to emerge as well. One of the biggest was that people started using keywords tagged with the “#” symbol to aggregate ideas. Over time, these “hashtags” offered an irresistible new opportunity for brands. Finally there was a way to bring multiple conversations about the same topic together … like, for example, people talking about your brand. It was a dream come true for marketers.

So while people started using hashtags in innocent and functional ways – like #FollowFriday (soon shortened to #FF) as a method of suggesting interesting people on Twitter to follow, brands started to consider the opportunities they offered. Unfortunately, it was an opportunity they squandered more often than not. Usually, the missteps come down to one of three big mistakes.

Clearly, using hashtags can be a minefield for brands when done incorrectly. So how can your brand use the power of hashtags without the danger of a high profile mistake? Here are three potential strategies for how to effectively use hashtags as a part of your integrated digital marketing strategy – as well as some examples of brands or organizations who used them.

Several years ago a group of marketers working in the healthcare industry were planning to attend the rapidly growing South By Southwest (SXSW) Interactive Festival in Austin, but felt frustrated at the lack of panels and conversation devoted to the topic of healthcare. Wanting a good alternative, they banded together to create their own show they called South By Social Health (SXSH). For weeks they used the #sxsh tag (and a secondary tag of #hcsm – “health care social media”) to bring the conversation together. For years after the event, both tags continued to be used to bring digital healthcare conversations together. What’s the lesson for brands? Sometimes a hashtag can offer the ultimate means to foster a conversation on a topic broader than your brand, and let you do it in a way that can last far beyond any one campaign. 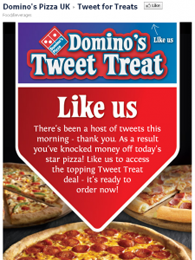 During the Super Bowl this year, it was hard not to notice the number of brands using a hashtag at the end of an ad in the hope that anyone who mentions the ad would use it (on Twitter mainly, since it was before Facebook announced it would support hashtags). That’s easily among the LEAST imaginative ways hashtags have been used in marketing. The smarter retail marketers have experimented successfully with linking hashtags to an incentive promotion. Domino’s Pizza in the UK, for example, got creative several years ago by offering 1 pence off pizza for every person who tweeted #letsdolunch during a specified timeframe. All the Tweets managed to drop the price of a pizza from £15.99 to £7.74 – a deal which was then honored for ALL their customers (even the nontweeting ones). The more brands run hashtags as a key element of a campaign, the more the lesson in Domino’s success becomes clear: having a good incentive makes a huge difference.

One of the favourite pasttimes of people with too much time on their hands has become sharing the minute details of their lives on a play by play basis … and there is no better social media platform for that type of pontificating than Twitter. Unfortunately, it also leads to regrettable memes defined by hashtags that never seem ready to go away. One of the most popular you may have seen was #firstworldproblems – a joking reference to the fact that people often complain about problems that are not really problems. That hashtag in particular led an inventive advertising team supporting WaterisLife.com to create a video with Haitian citizens reading ridiculous tweets complaining “my house is so big I need 2 wireless routers” and “my mint gum makes my ice water taste too cold.” The end result was a reminder to anyone watching of what really matters … and how much of a difference a small donation can make.

The bottom line is, hashtags can be a missed blessing when it comes to marketing. There are clearly as many pitfalls in using them as there are great opportunities. Luckily, there is a growing number of brands realizing real value from using hashtags by getting creative, using incentives, and finding a way to focus on broader conversations. As with most marketing, whether you’re using social media or not, the same basic rule applies. #strategymatters 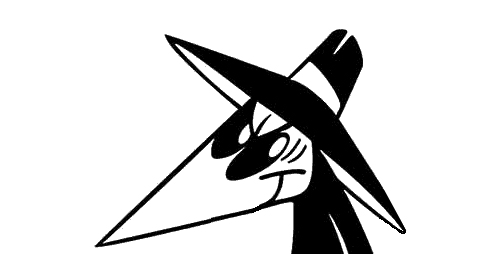 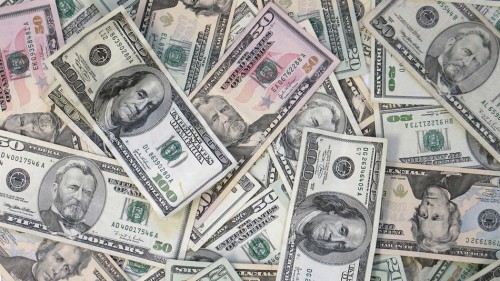