Coming up with new ways to reach customers on Twitter doesn’t need to require a lot of time or money. What it does take is creativity and a willingness to make personal connections.

Here are five keys to energizing your Twitter strategy to reach customers in new and innovative ways:

In April, when Maureen Johnson was stuck in the airport because of a delayed United Airlines flight, she expressed her frustration in a doodle that she photographed and tweeted out. Johnson, a young-adult novelist, has more than 80,600 followers on Twitter, so the image reached a lot of eyeballs. United responded with a doodle tweet of its own including the hand-scrawled hashtags “#wedontlikedelayseither” and “#wheelsupsoon.”

The personal touch surprised Johnson who responded with a “whoa,” and generated buzz from others. “You try to meet people with what they give you,” says Shanna Quinn, senior marketing representative for social media programs at United Airlines, who created the tweet. “I just took out a pen and paper and started doodling.”

What you can do: Encourage employees to tweet with their own personal voice rather than taking on a scripted tone — a strategy Peter Shankman, founder of the New York-based consulting firm Shankman/Honig and author of Nice Companies Finish First (Palgrave Macmillan, 2013) calls “shredding the scripts.”

In March, when Jen O’Neill, a marketing executive in New York, got the afternoon munchies, she sent out a tweet about how she could use a snack. Within an hour, a Pretzel Crisps truck was parked in front of her building, unloading enough freebie snacks to feed her 50-person office. Soon everyone at work was tweeting about the brand’s gesture. “When people are surprised on Twitter, they are going to tweet about it and that’s how things can spread very quickly,” says O’Neil’s boss, Dave Kerpen, CEO of Likable Local, and author of Likeable Business (McGraw-Hill, 2012).

What you can do: Set up alerts on keywords relevant to your business in specific geographic areas, suggests Jay Baer, author of the book Youtility (Portfolio Hardcover, 2013) and president of Convince & Convert, a Bloomington, Ind.-based social media strategy firm. Do this with tools such as Google Alerts, HootSuite or social media listening software mention.net and sysomos.com.

If you run a local car repair shop, for example, you can use monitter.com, a location-based search engine to follow keywords like “flat tire” or “car broke down” tweeted by people in your ZIP code, to come to their rescue, suggests Mack Collier, a social media strategist based in Florence, Ala., and author of Think Like a Rock Star (McGraw-Hill, 2013). It’s a great way to get people tweeting about your business.

When Mitt Romney mentioned Big Bird during the presidential debate last October, Mental Floss Magazine’s tweet, “Big Bird is 8’2”,” was re-tweeted 1,105 times. The brand uses the strategy of responding to events in the news and pop culture — from the Super Bowl to the NBA playoffs to Hostess’s bankruptcy filing announcement — with related trivia to get people tweeting. By offering such factoids, they hope to spark shares and tweets without having to choose a political side, says co-founder Will Pearson.

What you can do: Tweeting about news and live events helps your brand stay current, but make sure you’re saying something original or you’ll get drowned in the noise. Worse, don’t use the news as a way to push your product or service. “Businesses fall under the trap of thinking every individual tweet has to drive some sort of transaction,” says Pearson. “Our Twitter feed should be a meaningful experience for our readers.” He suggests following a 90-10 ratio with 90 percent of your tweets offering stand-alone content and only 10 percent relating directly to your product or service.

In May, the alcohol brand Hpnotiq held a live Twitter chat in which socialite and reality-TV celebrity Khloé Kardashian Odom took charge of the brand’s Twitter account for an hour, answering questions tweeted by fans. The strategy helped build buzz around Hpnotiq’s upcoming contest and sweepstakes, connecting Kardashian fans directly with the brand.

What you can do: You don’t need a celebrity to take on this kind of strategy, says Kerpen. Even getting a thought leader in your industry could work, or just leveraging the chat space yourself to get customers talking.

In May, Dunkin’ Donuts launched a contest asking fans to create a six-second video through the video-sharing app Vine on how their iced coffee “put a spring in their step.” The winner got free iced coffee for a year. The idea was inspired by Vines that the company noticed fans putting up on their own, says Jessica Gioglio, who manages social media for Dunkin’ Brands, Inc. Since launching last month, the brand has put out six Vines, including one promoting their free doughnuts on National Doughnut Day.

What you can do: Making a six-second video with your smartphone doesn’t require a hefty budget. “I could create a Vine with a doughnut and cup of coffee in 10 seconds in my kitchen,” says Shankman. “More companies should do it.”

The goal is engaging customers with Vines that aren’t just entertaining, but also functional. The retail chain Lowe’s, for example, has a Vine campaign called “Fix in Six” offering six-second home-improvement solutions. “If you were a plumber in Pittsburg, you could create a whole series of household plumbing videos,” says Baer. “The most important asset you have in social is yourself. People want to follow people.” 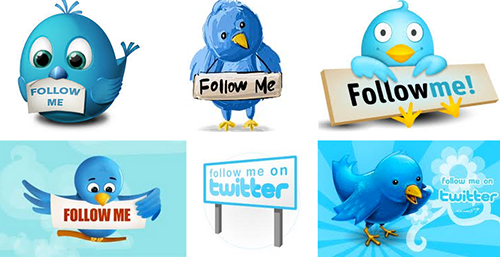