Pinterest, and specifically the act of “pinning,” is driving people into stores and influencing purchase decisions.

Recent data distributed by Vision Critical and highlighted in the Harvard Business Review found that 21% of Pinterest users had bought an item in a store after pinning, repinning, or liking the item on the site.

Vision Critical describes this as part of a wider phenomenon it calls “reverse showrooming,” in which consumers search or browse products online and then enter the physical shop to make a final purchase.

(This contrasts with showrooming, which implies handling a product in stores, only to price-compare and buy it for less money online.)

Vision Critical’s study adds credence to the notion that social media has finally emerged as a commerce-driver.

At BI Intelligence, Business Insider’s paid subscription service, we recently analyzed over 15 datasets culled from a variety of sources to probe the viability of social media as a commerce and retail-driver. We published our insights in a recent report, “The New Art Of Social Commerce: How Brands And Retailers Are Converting Tweets, Pins, And Likes Into Sales.”

Subscribers also gain access to over 100 in-depth reports and hundreds of charts and datasets on mobile, social, and their impact across industries, including retail. 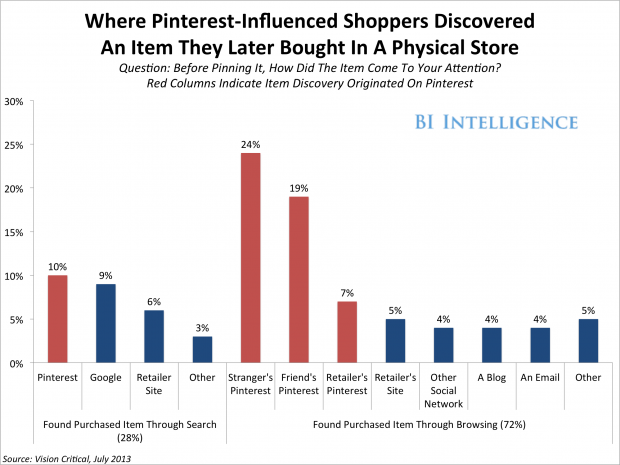 But how did pinned items originally come to the attention of consumers?  Google, email, blogs? Pinterest itself?

Vision Critical found that 50% of the items caught users’ attention while they were casually browsing Pinterest itself (24% on a stranger’s boards, 19% on a friend’s, and 7% on a retailer’s). Another 10% came from Pinterest searches. These numbers are a testament to Pinterest’s power as a kind of user-generated digital retail catalog that shoppers flip through for ideas.

Unlike traditional showrooming, which is spurred by e-commerce giants like Amazon and eBay, reverse showrooming seems to have its roots in social media and social commerce: friends’ and strangers’ recommendations can inspire shoppers’ purchase decisions, offline and online.

No surprise then that Nordstrom is testing displays that highlight Pinterest-trending items on in-store displays. 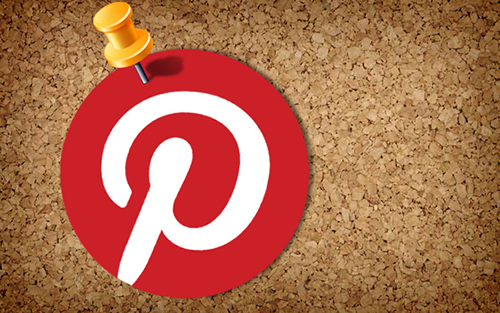 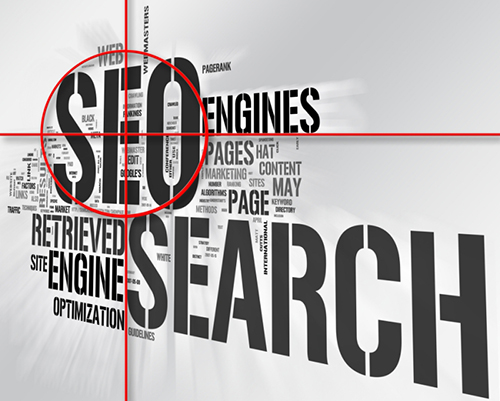 Next Post (n) How to Double Your Revenue With SEO