Facebook is the biggest social network in the world, and they definitely showed their influence in 2014. Massive acquisitions, big moves into other industries and big changes to their algorithm made for a newsworthy year.

Have a look at some of what kept Facebook in the headlines in 2014:

The story of Facebook’s product this year was, in their words, to adapt Facebook in order to better represent the interests of the users.

When a person or business explicitly requests likes, shares and comments to increase the engagement around their Facebook posts, without actually providing any content of value, Facebook dubs these types of posts “Like-Baiting.” After a survey showed Facebook users rated these posts as 15 percent less relevant than other content with the same level of engagement, Facebook made algorithm changes to suppress like-baiting in the News Feed.

Facebook also changed its algorithm to reduce the number of “text status updates” from Pages that appear in your News Feed. The change forces brands to share images or videos with almost every post or risk drastically losing the reach they get.

These are just two of several algorithm changes that changed the face of your News Feed this past year, as Facebook worked to reduce overly promotional posts in your News Feed, and crack down on click-bait, among other things.

Of course, algorithm changes weren’t the only product changes Facebook made. While Facebook is a valuable tool to learn about your family and friends, it has greater value in learning about news and pop culture. Facebook wanted to open these broader conversations up to a wider audience, which is why in January the social network unveiled their Trending feature. Much like Twitter trends, Trending allows you to quickly see the most talked about topics on Facebook, with a line explaining each one and the opportunity to click through to see the most popular posts on the subject. 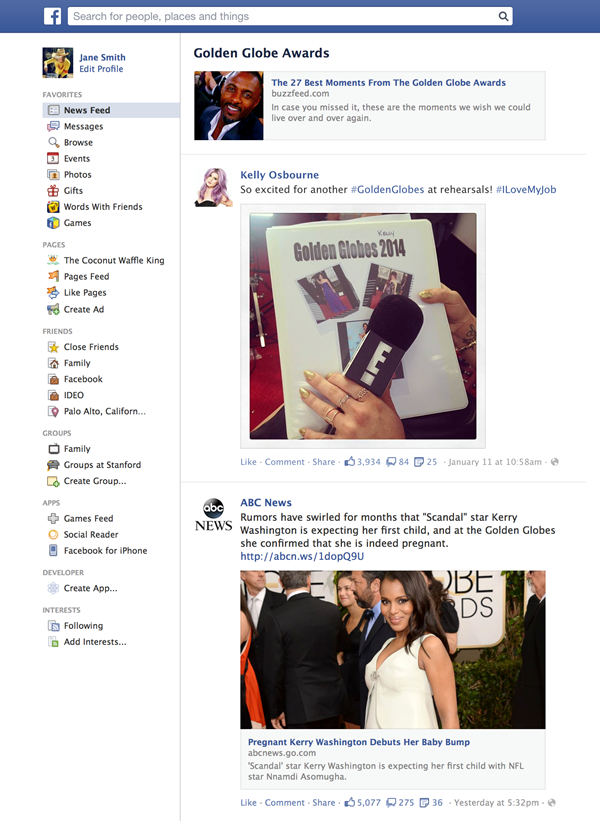 Facebook also launched a new save feature, to help users keep interesting, important and memorable posts in their back pocket for future use. Links, places, movies, TV shows and music can all be saved into a special Facebook “saved items” section that only you can access— unless you choose to share it with your friends.

Facebook’s year was also characterized by pushing the boundaries of what we expect from a social media company.

They made a big impression early in the year by acquiring virtual reality company Oculus Rift for $2 billion. That’s no small sum, especially considering no one is exactly sure how that technology will be incorporated into Facebook. The social network said they saw potential applications in communications, media and entertainment, and education. CEO Mark Zuckerberg also stated that “Oculus has the chance to create the most social platform ever,” but we still haven’t seen any new features being teased or concepts hinted at. We’ll wait and see.

Facebook was also responsible for an even more massive acquisition in 2014,this time of real-time messaging app WhatsApp. The $19 billion acquisition put them in control of Facebook Messenger’s biggest competitor, and made them an undeniable powerhouse in that space. When the deal happened WhatsApp had a reported 450 million users, compared to Messenger’s approximately 53 million users.

How else did the company push boundaries?

How about launching a research hub, publishing reports on Facebook AI, Data Science, Systems, and User Experience. Facebook received ire this past summer after releasing a report showing people responded positively to seeing positive stories about friends in their news feeds—results they achieved by changing the makeup of News Feeds within their test group. The response caused them to reconsider how they approached research, establishing a new framework for conducting research and a new website to share their reports publicly.

Finally, Facebook decided to venture into journalism by establishing its own newswire. With so many stories breaking first on social media, it was a natural fit for the world’s largest social network. The FB Newswire features posts that are verified by journalists and selected by editors. It’s made possible by a partnership with Storyful, an aggregator and distributor for news content shared on social networks. 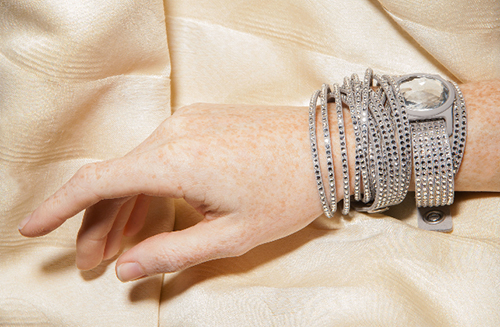